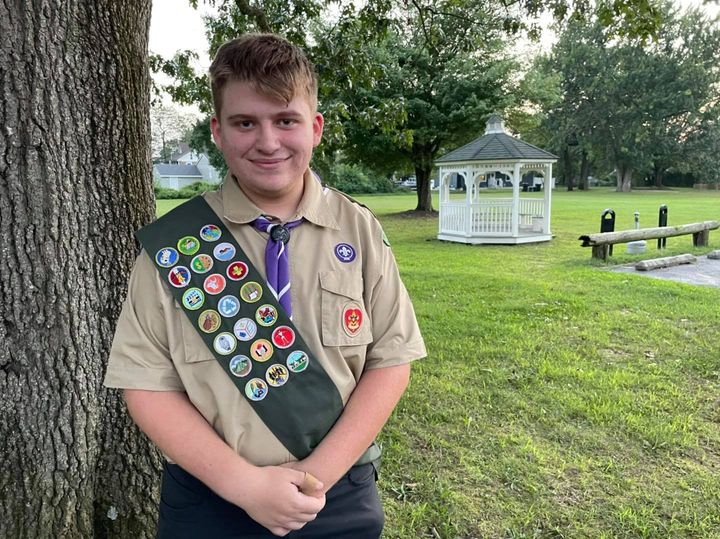 Congrats to Joseph on earning his Eagle Scout tonight! Joseph completed his Eagle Scout project at Fort Mifflin in Philadelphia, where he replaced a set of stairs that is part of the fort tour. 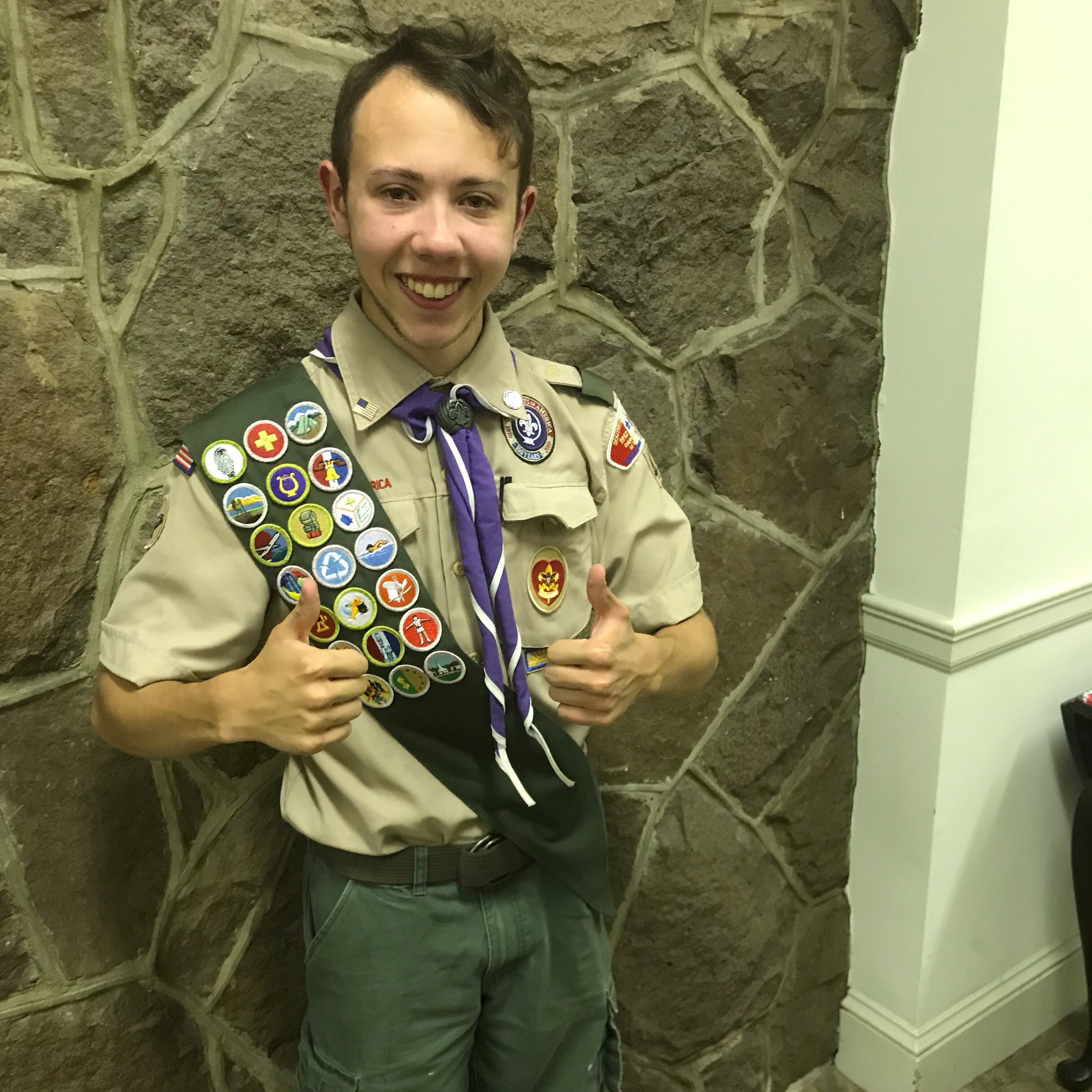 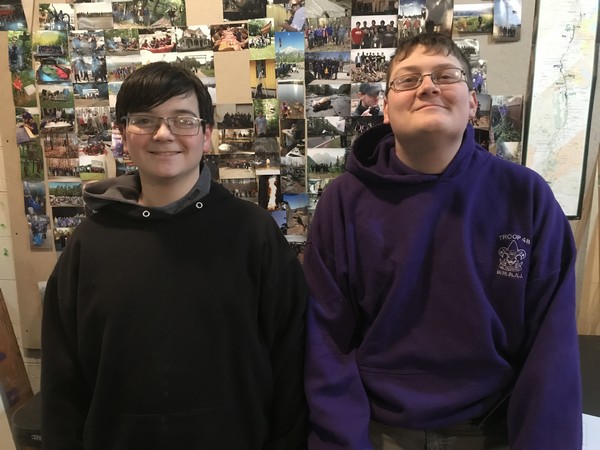 Lines on the Pines! 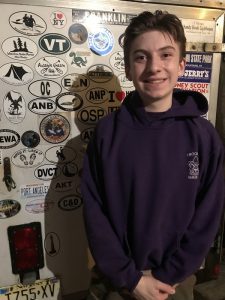 Back in February, James was reelected for another 6 months as SPL!  Good luck James! 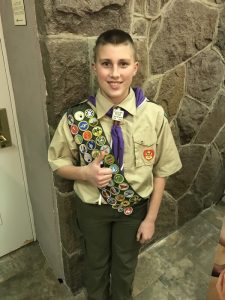 Congrats to Ryan on earning his Eagle Scout tonight!  Ryan currently serves as the Patrol Leader for the Moose Patrol, and was recently one of our ASPLs.  For his project, he took on a massive painting job at Virtua Hospital, which he did a great job on.  In addition to earning Eagle, Ryan also earned three Eagle palms tonight under the new rules.

Congrats Ryan, we are all very proud of you! 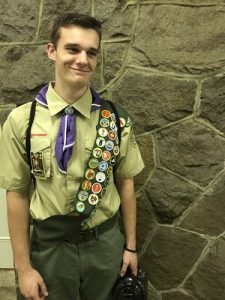 Congratulations to Chase  Kniesler for completing his Eagle Scout Board of Review last night!  Chase’s project was to paint the front of the Berlin VFW, as well as to remove part of the old fence.  The VFW greatly appreciated the help! 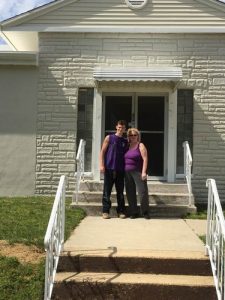 I and we are all very proud of you and your accomplishments Chase!

Summer trip is in the books!

September issue of Trails of Troop 48 is out! 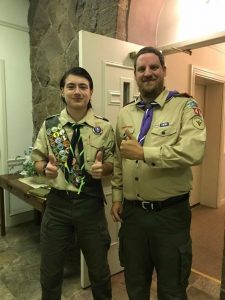 Congratulations to Vinny Teti for completing his Eagle Scout Board of Review last night!  Vinny’s project was to completely overhaul the veterans monuments area at the Barrington Municipal Building. He put in a new brick patio, moved the flagpoles to center them, redid much of the gardening, put in new benches, and cleaned up the monuments. Huge project to take on, and it looks great now. 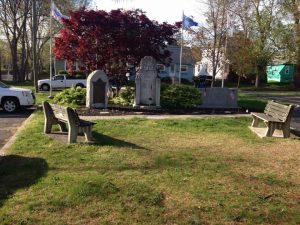 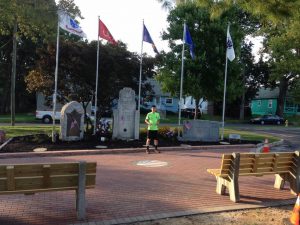 For those keeping score at home, Vinny becomes the 122nd Eagle Scout in Troop 48 history!

I and we are all very proud of you and your accomplishments Vinny!

Pannu clan down at National Jamboree

Summer trip is in the books! 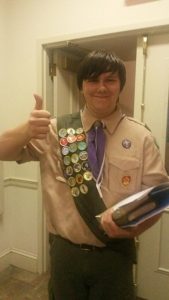 Skippy’s had a great career with the troop, spending a year as Senior Patrol Leader, backpacking over 400 miles with the troop (including Washington State and a two day 50 on the Batona), and planning and building some impressive monkey bridges.

Congrats Skippy, we’re all proud of you!

Order of the Arrow Induction

Congrats to Vinny for finishing up his Eagle Project on Saturday! Vinny did a magnificent job overhauling the veterans’ memorials area at the Barrington Municipal Building, moving the flagpoles, trimming the trees, redoing all of the gardening, replacing the brickwork, rebuilding the two benches there, and probably doing more things that I forgot to mention. The finished project looks great!

Summer trip is back!

HUGE congratulations to Stephen and Luke for each earning their Eagle Scout rank this week!

For his project, Steve built a new block long retaining wall at St Cecilia School in Pennsauken. He’s had quite a Scouting career, earning three 50 miler awards on the Appalachian Trail (Shenandoah, Vermont/Massachusetts, and Maryland), the BSA Camping Award, and was 2015’s Memorial Award recipient. He served for several years as Patrol Leader, and is currently an Assistant Senior Patrol Leader. In one of those “this will never be repeated” achievements, Steve came up from Delaware to be in Troop 48… nearly six years of an hour trip each way for the meetings! He’s not done either, as he is slated to go out to Washington State with the troop this summer! Stephen becomes our 118th Eagle Scout!

For his project, Luke sanded and painted a score of picnic tables at Camp FAC (the former YMCA Camp Moore) in Marlton, cleaned up the trails, pulled weeds from the volleyball court, and did a few other odd jobs. Luke also had quite the Scouting career. He camped out with the troop for 136 nights, including making seven summer trips and earning the Silver Bullet Award twice! He also earned FIVE 50 Miler Awards (Batona Trail, Grand Tetons, Shenandoah, Batona Trail [again], and Vermont/Massachusetts) and finished his career with just over 400 miles of backpacking with the troop. He aged out this Spring, and is set to go to Rowan University in the Fall. Luke becomes our 119th Eagle Scout!

We’re all very proud of your achievements and the men you have grown up to be. Congrats to each of you from all of us here at Troop 48!

Congrats to Don Shamilov for making Eagle Scout tonight! His project was at the Cedar Run Wildlife Refuge, where he installed gutters and rain barrels on the pavilion. Don ends his Scouting career not only with Scouting’s highest rank, but also more than 400 miles of backpacking under his belt!

Candy for the Troops

Congrats to Josh Siegel on passing his Eagle Board of Review with flying colors to become Troop 48’s 116th Eagle Scout!

For those who don’t know, Josh’s project was a massive undertaking, as he spent eight days and 524 man hours creating a new trail at Joseph T Hale Memorial Park in Voorhees, NJ. While it took him months longer than he expected, the end result was well worth the effort! We weren’t the only ones who thought so, as Josh’s project was featured on the front page of the Jersey section of the Inquirer, as well as covered in the Courier-Post and the local town paper.

Congrats Josh, we’re all very proud of you!

On Friday, September 11, 2015, Sherveer was presented with his Eagle medal. Sherveer earned his Eagle Award back in 2014, before his 13th birthday, and received his medal in front of a crowd that included his friends, family, and fellow Scouts, including his grandmother who was visiting the United States from India.

Sherveer certainly hasn’t limited his time in Scouts to only merit badges. He’s backpacked more than 200+ miles with the Troop (including completing his first 50 miler at only 11 years old) and has recently finished the project portion of his Hornaday Project (a multi-level award, the “easiest” level of which requires another Eagle Project level project focused on conservation plus certain conservation focused merit badges). He was also recently tapped to be Assistant Senior Patrol Leader this year, and is one of the Scouts organizing next summer’s proposed ultra high adventure trip to Washington State.

Don – Thanks for the help!

Our heartiest congratulations to Troop 48’s newest Eagle Scout – Steven Hale – who passed his Eagle Board.  Steven has been a very active Scout with us for the last seven years, and currently serves as a Junior Assistant Scoutmaster.  For his Eagle Project, Steven painted the victorian porch at the Evesham Historical Society, as well as repairing and repainting the old butcher shop on the property.

This was a big week for Steven, as he was also accepted into Rutgers this week.

Again, congratulations and best of luck in the future!